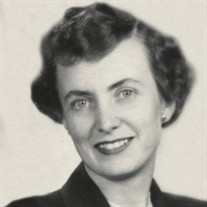 Not sure what to send?

Corrine Blikstad Nelson, 93 year old resident of Little Falls, MN formerly of Grove City, MN went home into the presence of her Savior Jesus Christ on Wednesday, January 12, 2022 at the St. Otto’s Care Center in Little Falls. Caring for Corrine and her family is the Shelley Funeral Chapel of Little Falls, MN. A Funeral Service will be 2:00 PM on Friday, January 21, 2022, at the Trinity Lutheran Church in Grove City, MN with Pastor Megan Preston officiating. Burial will be at the Immanuel Lutheran Cemetery in Grove City, MN. Visitation will be one hour prior to the service on Friday at the church. Memorials are preferred to Gideons Foundation, Trinity Lutheran Church Library Fund in Grove City, MN or Immanuel Lutheran Church Cemetery in Grove City, MN. To join in on Corrine's livestream, please click the following link: https://my.gather.app/remember/corrine-nelson Corrine was born April 17, 1928 in Pelican Rapids, Minnesota to Reverend Bersvend and Charlotte Hagen Blikstad. She grew up in Dalton and Proctor graduating from Hillcrest Academy, Fergus Falls in 1946. Corrine then attended Concordia College in Moorhead graduating in 1950 with a teaching degree in Home Economics and a minor in Speech. After graduation 9 friends started a Round Robin Letter that has been in circulation for over 71 years and is still active. In 1950 Corrinne came to Grove City to teach where she met Stanley Nelson. On August 10, 1952 Corrine married Stanley in Proctor, MN, together they lived in Grove City their entire married life. She taught Home Economics, Chemistry, and Physical Education at Grove City High School and in the mid-1950's did a radio program. Corrine then taught Home Economics at Grove City, Atwater High School, and Paynesville Middle School retiring in 1990. She also created a Grandparents program for students and the local nursing home in Paynesville. Corrine enjoyed entertaining, sewing, and art and craft projects. Summers were spent at their cottage on Diamond Lake where Corrine loved swimming and making outdoor breakfasts for family and friends. She was president of various church and civic clubs, including the Grove City Women’s Club, where they hand-painted the Palm Sunday Concert programs every year. Corrine was Sunday School Superintendent, the children's choir director, Sunday School and Vacation Bible School leader and teacher, and the past director of the church Library board. She was a member of the League of Women's Voters, helped organize the Grove City Women’s Club, and was a member of the Grove City Historical Society and Grove City Walkers which founded the trail around Grove Lake. She helped bring back the Windmill to Grove City and helped organize the planting of thousands of trees in and around the Grove City area through Arbor Day. She helped start the Grove City Cub Scouts and Boy Scouts. She loved music, was a pianist, organist, and sang in the church choir at both Immanuel and Trinity Lutheran, she also sang in the Sweet Adeline’s in Willmar. Corrine was a ladies’ aid and bible study leader, and in charge of the Trinity Church library. She directed a Jr. Choir who sang regularly at the State Hospital in Willmar and other places. In later years, Corrine started Rosemaling, China Painting, and was a member of the Litchfield Writer's Group, writing short stories and poems, publishing a book every year. Corrine wrote many articles for the Litchfield and Willmar newspapers, and had many of her stories published in those newspapers and The Senior Perspective. Corrine is survived by her daughter, Karen (Tim) Johnson; two grandchildren, Kristen Johnson and Peter (Stephanie Okash) Johnson; one great-granddaughter, Maizy Johnson; son, Karl Nelson; step-grandchildren, Dylan (Summer) Roth, Dallas Roth, Keana Roth; step-great-grandson, James Roth. Corrine was preceded in death by her husband, Stanley; parents, Reverend Bersvend and Charlotte Blikstad; and sister, Solveig Rieke. Corrine was a prayer warrior praying for her family and friends by name daily. May God bless her memory.