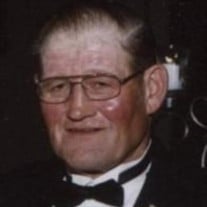 David A. Palm, 80 year old resident of Little Falls, MN formerly of Swanville, MN passed away Wednesday, March 16, 2022 at the St. Otto’s Care Center in Little Falls. A Funeral Service will be at 11:00 AM on Friday, March 25, 2022, at the Shelley Funeral Chapel in Little Falls, MN with David Sperstad officiating. Burial will be at Springbrook Cemetery in Swanville. Visitation will be one hour prior to the service on Friday at the Shelley Funeral Chapel in Little Falls. Caring for David and his family is the Shelley Funeral Chapel in Little Falls, MN. David Allen Palm was born on September 11, 1941 in Burnhamville Township, Todd County to the late Albert E. and Florence A.(Stoll) Palm. He attended grade school in Burtrum and later graduated from Swanville High School in 1959. After high school, he continued to farm on the family farm. He was united in marriage to Agnes Anderson-Eiynck on July 17, 1980 at the Swanville Bible Church. In 1981 the union was blessed with their daughter, Kelly. They made their home in Grey Eagle on Big Birch Lake and later divorced and David moved back to Swanville to reside on the family farm. David was a lifelong farmer and in his spare time, he enjoyed fishing, deer hunting, watching the Twins and Vikings on TV, along with western shows and listening to KASM on the radio. He enjoyed reading the newspaper and farming magazines. David enjoyed spending time with family and friends and seeing his grandchildren. In February of 2020, his journey led him to St.Otto’s Care Center in Little Falls. David is survived by his former wife, Agnes Palm of Albany, MN; daughter, Kelly (John) Achmann of Upsala, MN; two grandchildren, Ella and Avery Achmann; siblings, Glenn (Arlene) Palm of Little Falls, MN, Leona Niemeyer of Long Prairie, MN; sister-in-law, Darlene Palm of Burtrum, MN; brother-in-law, Andy Staricka of Swanville, MN and numerous nieces and nephews. David was preceded in death by his parents, brothers and sisters, Francis Palm, Judy Heisick, Herbert Palm, Betty Staricka, and Scotty Palm; sisters-in-law, Sandra Palm, Dorothy Palm, and Joyce Palm; brothers-in-law, Ervin Koehn, Raymond Heisick, and Henry Niemeyer. A special thank you to Dr. Mark Moe and the nursing staff at Family Medical Center and St.Otto’s Care Center for their excellent care over the past several years. Also to CHI Hospice over the past week for their compassionate care.

The family of David A. Palm created this Life Tributes page to make it easy to share your memories.

Send flowers to the Palm family.