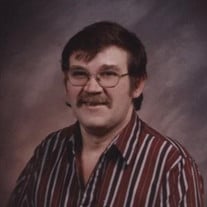 Edward “Aardvark” Kalis, 66 year old resident of Bowlus, MN, passed away on Thursday, January 20, 2022 at St. Otto’s Care Center in Little Falls, MN. A Mass of Christian Burial will be held at 11 AM on Wednesday, January 26, 2022 at St. Stanislaus Catholic Church in Bowlus, with Father Greg Sauer officiating. Burial will be at Holy Trinity Catholic Cemetery in Royalton, MN. Visitation will be from 5 PM to 7 PM on Tuesday and from 10 AM to 11 AM on Wednesday, both in the church. Caring for Ed and his family is the Shelley Funeral Chapel in Little Falls. Edward Francis Kalis was born on August 21, 1955 in Little Falls, MN, to the late Frank and Helen (Kroll) Kalis. He grew up by the “little dam” near Bowlus, MN, the town where he resided his entire life. Ed attended the District 8 schools and Royalton High School. He worked at a dairy farm and then was employed at Polar Tank in Opole, MN, where he worked for 45 years. Ed enjoyed his vehicles and driving around the countryside visiting with friends and family. Ed is survived by his brothers, Jerome (Josie) Kalis, George (Kathy) Kalis, Alvin (Donna) Kalis, and Robert “Bob” (Annie) Kalis; sisters, Anna Mathews, Theresa McGuire, Marcella Jerkovich, Evelyn Barton, Janet (Dave) Reis, and Marian (Vern) Roden; his Godson, Jason Kalis, and many nieces and nephews. He was preceded in death by his parents, Frank and Helen Kalis; brother, Delmar Kalis; sister, Delores Klisch; brothers-in-law, Earl Mathews, Mike Jerkovich, Doug McGuire, Frank Klisch and Dennis Barton; Goddaughters, Jessica and Peggy Roden; and 6 nephews.

The family of Edward "Aardvark" Kalis created this Life Tributes page to make it easy to share your memories.

Send flowers to the Kalis family.