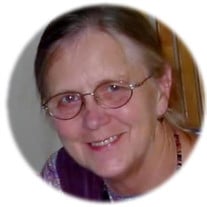 Eva U. Koehler, 85 year old resident of Little Falls, MN, passed away peacefully at her home, Friday, January 22, 2021. A private family service will be held for Eva at Oakland Cemetery in Little Falls, MN. A memorial service will be planned for Eva in the Summer of 2021. A self-described “tough old bird” she was with us for 85 eventful years. She was preceded in death by her husband, Reverend Robert Koehler and sister, Ingeborg Bense, Eva is survived by her daughters, Susanne Meredith (Craig), Stephanie Danielson (Gary); sons, Chris Koehler and Eric Koehler (Stacey) plus grandchildren, Claire and Nora Koehler, and Paul and Charlie Davis. Eva was born to Paul and Ida Bense on April 9, 1935 in the small German town of Kirchmöser, near Berlin. Her love of the lakes and terrain of this area led her to come to Minnesota many years later. When she was about six years old, the family moved to Poland. After her father died and the winds of war blew back across Poland, she fled back to Germany with her mother and sister. As refugees, the family moved around many times before making the crossing into West Germany and settling in Goslar. In a pivotal moment of her life, Eva came to the United States as an exchange student in 1951 and stayed at Blue River, Wisconsin with the James family. After she went back to Germany at the end of her time as an exchange student, Eva decided to come back to the U.S. and live. Eventually, she ended up in Monterrey, CA where she married Andrew Nahm and gave birth to her eldest daughter, Susanne. When the marriage ended, Eva moved to the frigid shores of Lake Bemidji, enchanted by the woods and lakes that reminded her of her childhood and began attending Bemidji State College. It was in Bemidji that Eva met the dashing pastor of Trinity Lutheran Church, Robert Koehler, and they fell in love. While in Bemidji, Eva and Robert had three children, Chris, Stephanie and Eric. In 1974, Robert accepted a call to Zion Lutheran Church in Little Falls, MN, so the family left Bemidji and settled in Little Falls, where Eva remained until her death. After her fledglings left the nest, Eva finished her degree at St. Cloud State University and after graduating, accepted a position at the Carnegie Library in Little Falls. Eva very much enjoyed her time working in the library in Little Falls and substituting at various smaller libraries in the area before she retired in the late ‘90s. Eva was known for her love, bordering on obsession, of coffee and classical music, her quirky sense of humor, her intellectual curiosity and her down to earth manner. When Eva gave a gift it was always with the disclaimer, “Oh, it’s nothing.” In her golden years, she liked to read, sit on her beautiful porch in the summer patiently enduring her son, Chris’s guitar noodling and go shopping for bargains with her daughter, Stephanie. Eva enjoyed the Zion Lutheran women’s study group and watching the Zion church services on TV when her health didn’t permit her to attend. She loved Aldi’s bologna and in lieu of a memorial, the family asks grieving friends to purchase a pack of bologna and donate it to a food shelf if it isn’t your thing. The family would like to thank the staff of St.Otto’s and Horizon Health Care in Little Falls for the exceptional care and commitment that they showed to our mother. In particular, we’d like to express our sincere gratitude and love to Kathy Janey for her care and companionship with Eva. We would also like to thank her friends and neighbors, particularly Tom and Butch, for keeping an eye out for her. After a rough beginning, coming of age in a horrible war, Eva was able to live a full and rich life and we will miss her terribly. Due to Covid restrictions, a family only ceremony will be held during the week.

The family of Eva U. Koehler created this Life Tributes page to make it easy to share your memories.

Send flowers to the Koehler family.