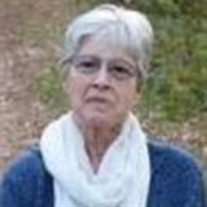 Frances “Fran” G. Koetter, 74 year old resident of Swanville, MN, passed away Sunday, May 3, 2020, at Lake Hills Elderly Care in Cushing, MN. A Celebration of Life Service will be held at 5:30 PM on Wednesday, June 17, 2020 at St. John’s Catholic Church in Swanville, MN with Father Ron Dockendorf officiating. Frances “Fran” Koetter was born October 11, 1945, in Pierz, MN to the parents of Arnold & Edith (Wolf) Kimman. She grew up on a dairy farm and learned how to work hard at a young age. She and all her brothers and sisters were expected to help with lots of the farm work and did it faithfully. She never complained about her upbringing and was proud of it. Her family was very religious, as God and church were a big part of family life. She learned from her upbringing of growing and raising lots of their own vegetables and meat and never wasting anything. She graduated from Father Pierz Memorial High School in 1963. After four years of working at Munsingwear in Little Falls, she met Robert (Bob) Koetter and they were married on November 4, 1967, at St. John’s in Lastrup, MN. After their marriage, they purchased a hobby farm in Culdrum Township, where they raised some cattle and pigs. Fran was the one that was responsible for the chores and taking care of the kids, as Bob’s job required him to work long hours. Fran enjoyed living on the farm as she had a big heart and love for animals. She constantly had to have some sort of animal by her side. In 1980, Bob & Fran purchased a small-town grocery store in Swanville, MN naming it Bob & Frans Grocery. Having 6 children and a mortgage payment, they had to dig in and grow the business, which Fran played a big part in. She was well-liked by the community and enjoyed it herself, pleasing people. Fran enjoyed spending time with her family and friends playing cards, going bowling and she loved to collect roosters. She helped start the Swanville Flyer and it became popular as the years went by. In 2002, she was diagnosed with Parkinson’s and she was forced to slow down. After 30 years of owning the business in 2010, they sold it to their daughter Sandra. Fran is survived by her husband, Robert of 52 years; 6 children, William (Julie) Koetter, Jerome (Mary) Koetter, David (Ann) Koetter, Sandra (Brian) Primus, Paul (Kathy) Koetter, Amanda (Adam) Notsch; 17 grandchildren; siblings, Margaret Manchester, Reinhart (Annette) Kimman, Jeannette (Art) Altenhofen, John (Karen) Kimman, JoAnn Belinski, Betty (Craig) Johnson, Geraldine Kimman. Fran was preceded in death by her parents, Arnold & Edith Kimman; sister in law, Sharon Kimman; and daughter-in-law, Rebecca Koetter. Cards of condolence can be sent to Bob Koetter P.O Box 284/313 Degraff Avenue Swanville, Mn 56382

The family of Frances "Fran" G. Koetter created this Life Tributes page to make it easy to share your memories.

Send flowers to the Koetter family.