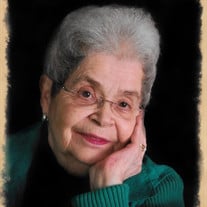 Gretchen Ann Sylvester, 84 year old resident of Little Falls, MN, passed away Monday, December 21, 2020, at the Cedar Crest Estate in Silver Lake, MN. A memorial service will be held on January 16, 2021, at the Shelley Funeral Chapel in Little Falls, MN, at 11:00 AM. A visitation will be held from 10:00-11:00 AM on January 16, 2021, at the Shelley Funeral Chapel in Little Falls. MDH Guidelines will be followed, and a facial covering will be required to attend. Memorials are preferred to the American Lung Association. Gretchen Ann Irgens (Sylvester) was born on August 7, 1936 in Glenwood, MN to the late Harold and Maxine(Flaten) Irgens. She was baptized, confirmed and married at Glenwood Lutheran Church. Gretchen graduated from Glenwood High School in 1954 and continued teaching education with BS degree from Moorhead State University and a Master's Degree from Bemidji State University in 1978. She taught at Lincoln Elementary in Little Falls for most of her life and retired in 1995. Gretchen was an active member of First Lutheran Church in Little Falls, MN along with Alpha Delta Kappa and many other local social groups. This amazing woman lived a full life. High school days were packed with babysitting, studying, cheerleader, band and voted Homecoming queen. Went to college for a teaching degree, married, taught school, raised 2 children and always active in school, church and many extracurricular activities. Playing Bridge was one of her favorite pastimes. She moved to many towns while being married but finally settled in Little Falls, MN. One of the most important facts about Gretchen was her ability to remember people by face and name. Everywhere she went she would run into someone she knew. Whether in a foreign country or different state or town, Gretchen would always ask people their name and be able to make a link to their family of someone she knew. Whether a past student, friend or relative she always knew who, where and when she last met them. Gretchen’s loved to travel and met new friends. She went on many tours which covered the world and opened her home to exchange teachers from Wales and New Guinea. Then she became an exchange teacher herself and spent a whole year teaching in Brisbane, Australia. After retiring from teaching, she continued to travel in USA and Canada. Each year she would travel Minnesota to all the Lutefisk dinners she could attend. Gretchen is survived by her sister, Gwen Garner of Goodspring, TN; son, Steven Sylvester of Alexandria, MN; daughter, Jill (Scott) Jacobson of Hutchinson, MN; grandchildren, Tara Sylvester and John Sylvester of Texas, Andrew Jacobson and wife Kimberly of Hutchinson, MN, Anthony Jacobson and wife Christina of Greenville WI, Christopher Jacobson of Mankato, MN; three great-grandchildren and four great step-grandchildren, along with several nieces and nephews. Gretchen is preceded in death by her parents, Harold and Maxine Irgens; stepmother, Ella Berge Gordon Irgens; brother, John Irgens; brother-in-law, Bob Garner and infant son in 1968. Blessed be the memories of Gretchen Ann Sylvester.

The family of Gretchen Ann Sylvester created this Life Tributes page to make it easy to share your memories.

Send flowers to the Sylvester family.