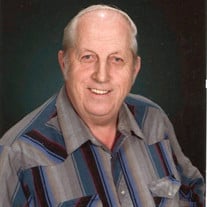 Leonard J. Boser, 80 year old resident of Pierz, MN, passed away on Friday, October 30, 2020. A Celebration of Life will be held on Sunday, August 15, 2021, at the Lastrup School in Lastrup, MN from 12:00 P.M. to 4:00 P.M. Caring for Leonard and his family is the Shelley Funeral Chapel of Pierz, MN. Leonard Joseph Boser was born on February 29, 1940 in Buh Township to the late Robert and Agnes (Lutzke) Boser. He attended country school and then school in Lastrup and graduated from Father Pierz Memorial High School in 1957. He was united in marriage to Shirley Meyer on May 3, 1960 at Holy Family Catholic Church in Bulldog Lake, MN. Leonard started his post office career on October 6, 1959 in St. Paul as a clerk. He also worked on a railroad post office and later a highway post office. He was hired as an officer in charge at the Pierz Post Office in February 1974. Leonard was appointed Pierz Postmaster on May 11, 1974 and held that position for 22 years, until he retired on January 3, 1997. He was a clerk for Buh Township for many years. He also worked at South Side Sports in Royalton for a few years after retirement. Leonard enjoyed traveling to Puerto Rico, Nashville, Niagara Falls, New Mexico and Las Vegas for post office conventions. Leonard enjoyed playing cards and cribbage, going to the casinos (all Minnesota locations), hunting, fishing, reading newspapers/magazines and bowling leagues. He farmed for many years which included milking cows, beef cattle and crops. He was an honorary life member of the Knights of Columbus.  Leonard is survived by his wife of 60 years, Shirley of Pierz; sons, Gregory (Gwen) Boser of Avon, Jeffrey (Carolyn) of Pierz, Patrick Boser of Albert Lea, Douglas L. Boser of St. Cloud; daughter, Natalie (Nathan) Berg of Brainerd; brothers, Robert (Vonna) Boser of Pierz, Melvin (Doreen) Boser of Brainerd; sisters, Darnell Froelich of Pierz and Idella (Dave) Sanders of Idaho; 13 grandchildren; 17 great-grandchildren. Leonard was preceded in death by his parents, Robert and Agnes Boser; sisters, Delores Haekenkamp and Marion Stangl; brothers-in-law, Vernon Froelich and Ken Haekenkamp; nephews, Dean Boser and LeRoy and Wayne Plante; niece, Jennette Fisher-Scruton, great-grandsons, Logan Onken and Waylon Ratke.

The family of Leonard J. Boser created this Life Tributes page to make it easy to share your memories.

Send flowers to the Boser family.