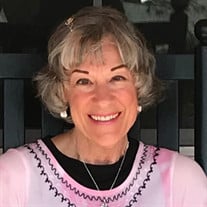 Margaret B. Helmin, 68 year old resident of Bowlus, MN passed away peacefully in her home Tuesday, October 26, 2021 after a long battle with cancer. A Mass of Christian Burial will be 11:00 AM on Tuesday, November 2, 2021, at St. Robert Bellarmine Chapel in St. Cloud, MN with Father Brandon Haenny officiating. Burial will be at St. Elizabeth’s Catholic Church Cemetery in Brennyville, MN. Visitation will be from 4 to 7 PM on Monday at the Shelley Funeral Chapel in Little Falls and one hour prior to the service on Tuesday at the church. Rosary will be at 6 PM on Monday. Caring for Margaret and her family is the Shelley Funeral Chapel of Little Falls, MN. Margaret was the fourth of 10 children born to John and Emma Shibler. Born May 8, 1953 in Grayling, Michigan, she resided in multiple homes throughout the state with her family until they moved to Kansas in 1979. Eventually she moved to Pennsylvania where her daughter, Monica, was born. Two weeks after her daughter’s birth, they made the long move back to Kansas where she resided with her parents and daughter until 1991. On June 1, 1991, Margaret, her daughter and her parents were headed with all their belongings for Minnesota. They built a house there in New London where they lived for four years and during that time Margaret worked at the nursing home in New London. In August of 1995 they moved to the St. Cloud area where she met her husband, Jerry, while square dancing. In 2004 her parents moved back to Kansas while Margaret and her daughter moved to Bowlus, Minnesota. In 2007 her daughter married and moved to Nebraska and on June 17, 2008 Margaret and Jerry were married in Green Bay, Wisconsin. Margaret retired from her job at HDC Development Company in June of 2015 after 19 years with them. Jerry and Margaret continued to live in Bowlus until her death. Some of Margaret’s favorite things to do included biking, hiking (including in Alaska), driving around to see all the fall colors, traveling to Nebraska to see her grandchildren and to Kansas to visit her parents and other family, and working in her flowerbeds. She loved to see all the beautiful flowers! She enjoyed sewing, canning and baking and helping others when they needed something. Whether it was help with a new recipe or a sewing project or anything else, she was always there to help when asked. She became a second “mom” to so many people over the years and will remain so in their hearts. Survivors include her husband, Jerry; daughter, Monica (Joseph) of Page, NE; Jerry’s sons and daughter, Jeremy of Little Falls, MN, Alan (Beth) of Milaca, MN, Marie (Joe) of Gilman, MN; brothers, Edward (Evelyn) Shibler of Delia, KS, Bill (Claudia) Shibler of St. Marys, KS, Michael Shibler Spring Grove, PA, David (Julie) Shibler of St. Marys, KS, Daniel (Ann) Shibler of Greenleaf, WI, Fred (Theresa) Shibler of Spring Grove, PA, Frank (Jean) Shibler of Lake Worth, FL, and Steve Shibler of West Palm Beach, FL; sister, Barbara Burgess of Louisville, KY; 15 grandchildren and many nieces and nephews. Margaret was preceded in death by her parents, and in-laws, one brother-in-law, and an infant granddaughter.

Margaret B. Helmin, 68 year old resident of Bowlus, MN passed away peacefully in her home Tuesday, October 26, 2021 after a long battle with cancer. A Mass of Christian Burial will be 11:00 AM on Tuesday, November 2, 2021, at St. Robert Bellarmine... View Obituary & Service Information

The family of Margaret B. Helmin created this Life Tributes page to make it easy to share your memories.

Send flowers to the Helmin family.