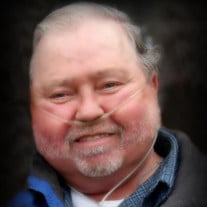 Ralph A. Kjeldergaard, 69 year old resident of rural Long Prairie, MN passed away Monday, August 30, 2021 at his home. A Mass of Christian Burial will be 10:00 AM on Friday, September 3, 2021, at St. John’s Catholic Church in Swanville, MN with Father Ron Dockendorf officiating. Burial will be in the Minnesota State Veterans Cemetery north of Little Falls. Visitation will be from 4 to 7 PM on Thursday and from 9 to 10 AM on Friday both at the St. John’s Catholic Church in Swanville. Military Rites will be conducted by Swanville American Legion Post #313 and the Randall VFW Post 9073. Caring for Ralph and his family is the Shelley Funeral Chapel of Swanville, MN. Ralph Aaron Kjeldergaard was born on September 26, 1951 in Little Falls, MN to the late Eliot and Elsie (Gregersen) Kjeldergaard. He grew up in Cushing and attended grade school at Dr. S.G. Knight in Randall and high school in Little Falls. He enlisted in the Army his senior year and served from 1970-1972. He was stationed in Vietnam and later in Germany. While he was back home on leave, he met his sweetheart, Debra Borchert on a blind date. While stationed in Germany he proposed, and the two got married on March 17, 1973. They resided in the Long Prairie area ever since their marriage. Ralph went to work at Grey Eagle Oil as a mechanic. He later worked for Isensee Bus service as a mechanic and bus driver and did car sales at Clayt Wells Quality Cars for a while as well. In 1986 he started KJ's Repair and ran the shop until 1998 when he retired due to health issues. After retirement from the shop, he worked for Auto Value in Long Prairie and drove road grader for Bruce Township. Ralph enjoyed hunting, fishing, farming, and he was constantly working on various projects. The thing he loved the most was spending time with his grandchildren. He will be remembered for his work ethic and determination, never letting the health problems keep him down. Ralph is survived by his wife, Debra of 48 years; 3 children, Ann (David) Koetter of Swanville, Aaron (Jessica) Kjeldergaard of Foley, Aric (Amanda) Kjeldergaard of Cushing; 8 grandchildren; siblings, Terri Holmgren of Fairborn, Ohio, Nelda (Tom) Martinson of Little Falls, Kathy (Greg) Hyatt of Pierz, Wally Kjeldergaard of Cushing, Steve Kjeldergaard of Rochester, and Dennis Kjeldergaard of St. Cloud. Ralph was preceded in death by his parents, Eliot and Elsie Kjeldergaard; sisters, Connie Nelson, Daryel Karjala, and Rose Bollin; and brother, Melvin Kjeldergaard.

The family of Ralph A. Kjeldergaard created this Life Tributes page to make it easy to share your memories.

Send flowers to the Kjeldergaard family.