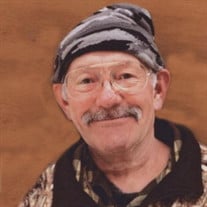 Ross S. Norgren, 68 year old resident of Long Prairie, MN passed away Tuesday, October 12, 2021 at Centracare Health in Long Prairie, MN. A Celebration of Life Gathering will be held from 4-7 P.M. on Friday, October 22, 2021 at the Shelley Funeral Chapel in Little Falls, MN with a remembrance service at 7:00 P.M. Caring for Ross and his family is the Shelley Funeral Chapel in Little Falls, MN. Ross was born on January 29, 1953 in Duluth, MN to the late Donald and Beverly (Prevost) Norgren. He grew up in Little Falls, MN where he graduated from Little Falls Community High School with the Class of 1971. After graduation Ross worked various jobs out west and later returned to Little Falls, MN. When he returned to Little Falls, he began working for Morrison County Public Works as a Senior Engineering Technician. Ross was a dedicated employee for the county for many years until retiring in 2015 after 28 years of service. He was united in marriage to Nadine Schmiesing in 1996 at the Lake Beauty Bible Camp on Lake Beauty. Ross and Nadine made their home for many years on Lake Beauty living the Minnesota Lake Life. Ross had many hobbies and interests that he enjoyed. He was an avid music lover as well as an outdoorsman that loved hunting and fishing. He also enjoyed gardening and was a very talented craftsman and carpenter. His greatest joy in life was his daughter, Angela and granddaughter, Samantha. Ross was dearly loved and will be greatly missed. Ross is survived by his daughter, Angela (Terre Martin) Norgren-Caruth of Rice, MN; granddaughter, Samantha Caruth; brother, Mark (Cathy) Norgren of Little Falls, MN; niece and nephews, Reed (Alyssa) Seifert, Lauren Seifert and Oscar Norgren, and many cousins and close friends. Ross was preceded in death by wife, Nadine Norgren; parents, Donald and Beverly Norgren; sister, Deanne Seifert and brother-in-law, Mark Seifert.

The family of Ross S. Norgren created this Life Tributes page to make it easy to share your memories.

Send flowers to the Norgren family.