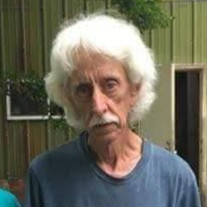 Thomas “Tom” T. Kliber, age 66 of Swanville passed away at his home Wednesday, January 13, 2021 after his battle with cancer.  A remembrance service will be held on Sunday, August 8, 2021 from 1:00 P.M. to 4:00 P.M. at the Swanville Park in Swanville, MN. Caring for Tom and his family is the Shelley Funeral Chapel of Little Falls, MN. Tom was born August 5, 1954 to Clarence and Veronica (Nixie) Kliber of Sobieski.  Tom was the 5th of 10 children.  His large family and their huge garden kept Tom busy growing up.  He was always drawn to nature; hunting and fishing to be his favorites.  In his free time, he was likely to be seen stopped at a local river casting a few lines, in a stand or field.  He was also an avid gardener and took pride in his harvest.  Tom spent many evenings fighting mosquitoes, and picking fruit and vegetables.  As the years went by, he made sure to share the fruits of his labor with many family and friends.  Sharing this with others meant the world to him. Tom’s natural creative and mechanical abilities, drew him to a career in auto body at a young age.  He started the Sobieski Body Shop in 1988 and was known around town to be the best in the business.  He did his best work while listening to classic rock and roll, which was always on!  He semi-retired in 2020 but couldn’t pass up the opportunity for a job here and there.  Tom met Nona Koester in 1976, in those 44 years together they settled in Swanville and welcomed a daughter and son.  Taking drives, visiting garden centers, auctions, and stopping to see if the fish were biting were things they enjoyed doing together.  He will be missed greatly (not by the deer or fish though).   Tom is survived by his partner, Nona Koester; daughter, Sara (Ryan); granddaughters, Harlyn and Riley of Stillwater; son, Ryan of Swanville, and shop cat Zeke; siblings, Gary (Jane) Kliber of Osakis, Mary Kliber of Sobieski, Darlene Streich of Andover, Kenny (Corey) Kliber of Randall, Gordy (Peggy) Kliber of Andover, Julie (Chico) Pekula of Sobieski, Floyd Kliber of Sobieski and sister-in-law, Diana Kliber of St. Cloud. Tom was preceded in death by his parents, Clarence and Veronica (Nixie) Kliber; brothers, Charles, Leonard, Harvey; brother-in-law, Roger Streich; niece, Janelle Pekula and Nona's parents, Earl and Martha Koester. “The woods and lakes have much to offer to the human soul.”

The family of Thomas "Tom" T. Kliber created this Life Tributes page to make it easy to share your memories.

Send flowers to the Kliber family.