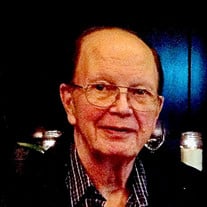 ** Floral Webstore Is Not Available To Order Call (320) 532-4132 ** William George Van Risseghem, 80, died Sunday, June 12, 2022, at Martin Luther Manor in Bloomington, MN in the care of his family. He was a lifelong Catholic, a member at St. John the Baptist in New Brighton near his home in Fridley. A Mass of Christian Burial will be held at 10:30 AM on Thursday, June 16, 2022, at Holy Cross Catholic Church in Onamia, MN with Father Jerry Schik officiating. Visitation will be 1 hour prior to Mass at the church. Interment will be at Holy Cross Catholic Cemetery. Bill was born March 21, 1942, in Onamia, MN to Ruth (Anderson) and Maurice Van Risseghem. He attended District 40 Elementary School and Onamia High School except for the days he played “hooky” to go fishing with his father. This was a great break from chores he did daily on the beloved family farm. During his life, Bill completed Basic Training and Electronics Training in the US Army. After a medical discharge from service, he worked for 38 years at Honeywell at various locations throughout the Twin Cities. In March of 1965 at age 23, he began work on the Apollo 11 Lunar Module called the “Eagle” which would carry two astronauts who would make world history – Neil Armstrong and Buzz Aldrin Jr. These were the first men to walk on the moon over 4 years later -July 20, 1969. Bill worked on spy planes, and air data computers, and electromechanical repairs for major airlines. He retired in 2002. He was preceded in death by his parents (above); sister, Donna M. Henry; and sister, Maurine Atherton; niece, Robin Quint; and great-niece, Jessica Atherton. He leaves behind 4 nieces: Jeanne (Atherton) Holland, Kathleen Henry Krueger, Mary Henry, Susan (Henry) Asprey; and 3 nephews: Kevin Gau, David Atherton, and Patrick Henry; and 21 grand nieces and nephews. He leaves behind lenses of gratitude and frames of humility for all.